We went camping over the long weekend last weekend. It was 100% Spencer’s idea and when he knelt beside our bed and said “I have an idea,” I’m pretty sure he thought I would never go along.

You see, we have been camping before. Once. When we were dating, I went camping with him and his family in North Georgia. It sounds like a blast, except it was August which means it was 100000 degrees outside. Sleeping in a sticky tent with your boyfriend and his entire family when you are sweating out of every crack in your body equals disaster. Everyone, and I mean everyone was miserable. We ended up driving to Walmart and then to the movie theater just to get out of the heat.

Fast forward a decade plus some, and we decided to try it again. This time sans Spencer’s family and this time in the freezing cold. Everyone likes to act like I don’t like to camp or that I’m above camping because of that one experience in North Georgia. Yall! We were all miserable! It wasn’t just me. Okay, okay moving on.

The kids were gone for the three day weekend (thank you sweet Jesus and Cappy & Pappy) so we took this bad boy out on the dirt roads all day long with the intention of ending up somewhere to camp. To camp, in the back of the Land Rover (which is for sale by the way, if you’d like to have your own marvelous camping experience). All Spencer’s genius idea of course, and I was ON BOARD. See! I am adventurous! 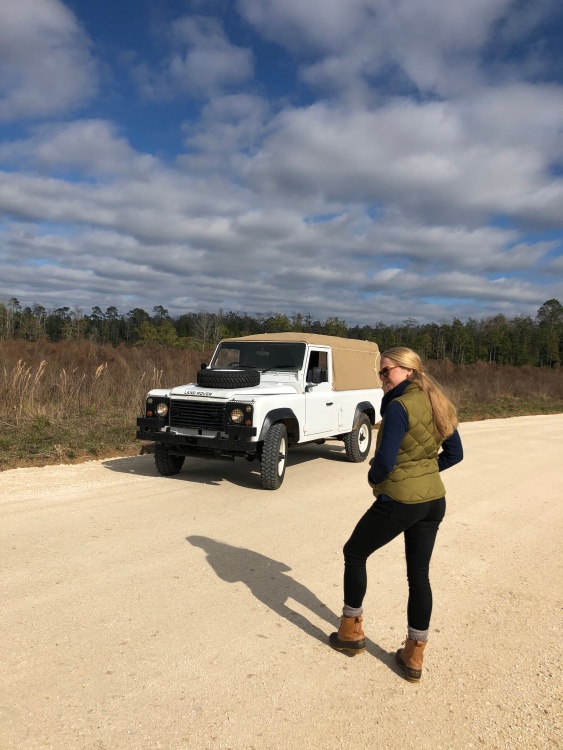 Y’all, it was so fun. We left Thomasville about 11 am Sunday and just drove. If we saw a dirt road, we went down it. Spencer had this little map that kind of sort of tracked where we were going. We were winging it mostly. Spencer was in h-e-a-v-e-n. 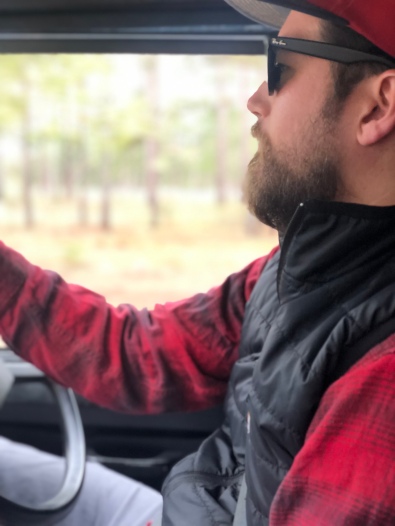 And we got a flat tire! I think that excited Spencer even more. “Don’t you worry I have all the right tools,” was the first thing out of his grinning mouth. 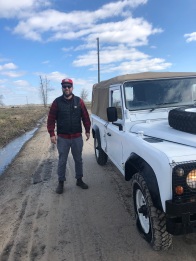 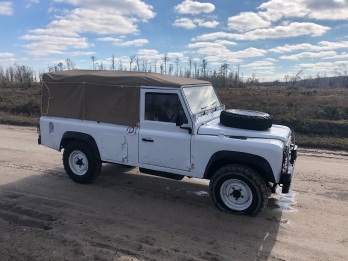 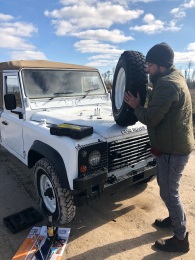 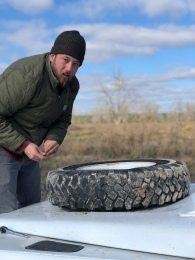 We eventually found a spot to camp right by the river in the middle of the Apalachicola National Forest. I don’t think it got above 50 all day, and we were loving it. Us South Georgia folks have to soak up the cold weather while we can. We don’t get it very often.

We built a fire. We gathered limbs. We drank some whiskey. We (Spencer) grilled some steaks. We fell asleep before the blood moon (oops.) We didn’t freeze to death during the night. We had coffee and pancakes the next morning. 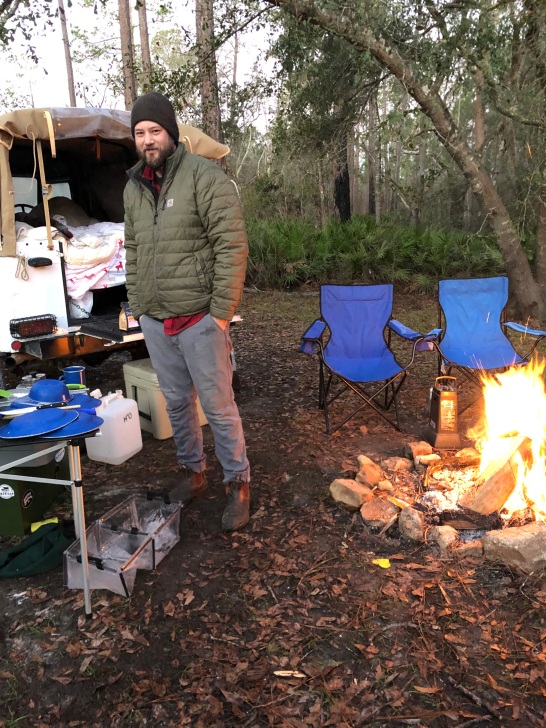 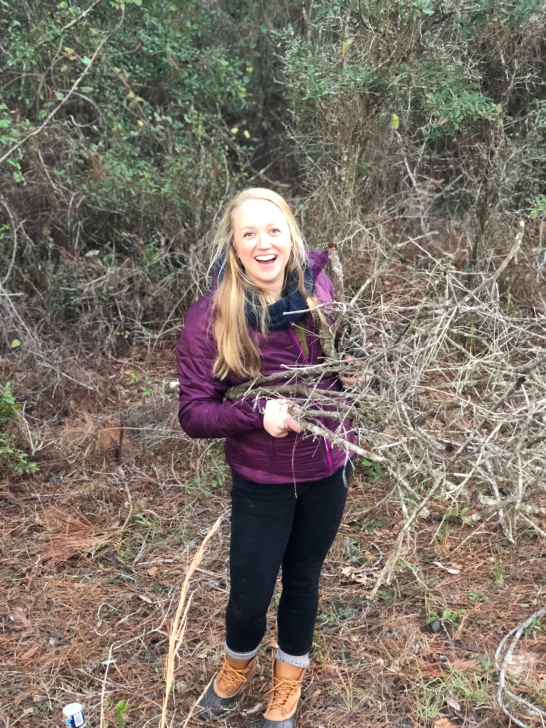 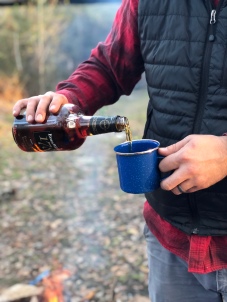 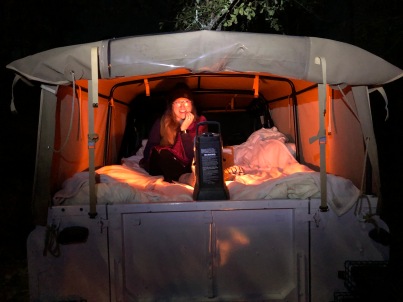 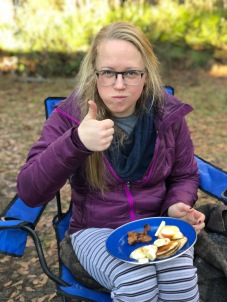 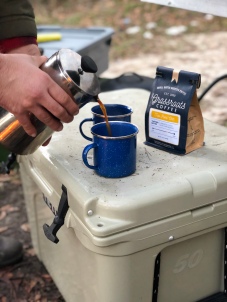 We had so much fun. Now we want to take the kids. (TBD if this is a good idea or not.) As I said on Instagram, though, 10/10 would recommend. 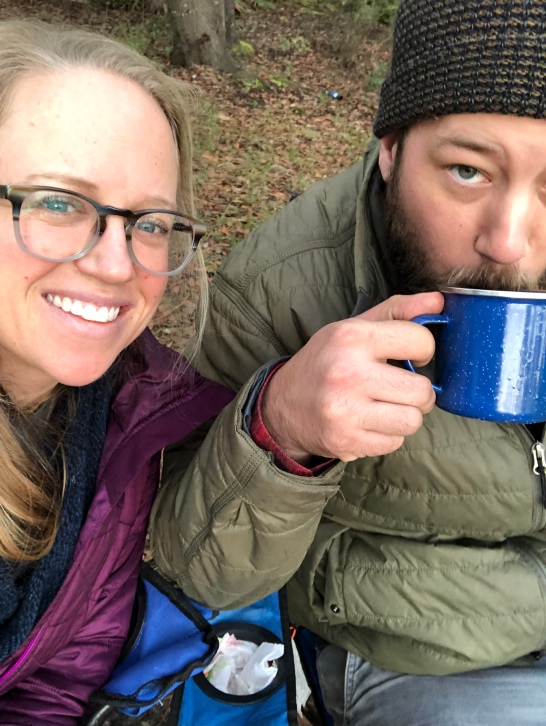 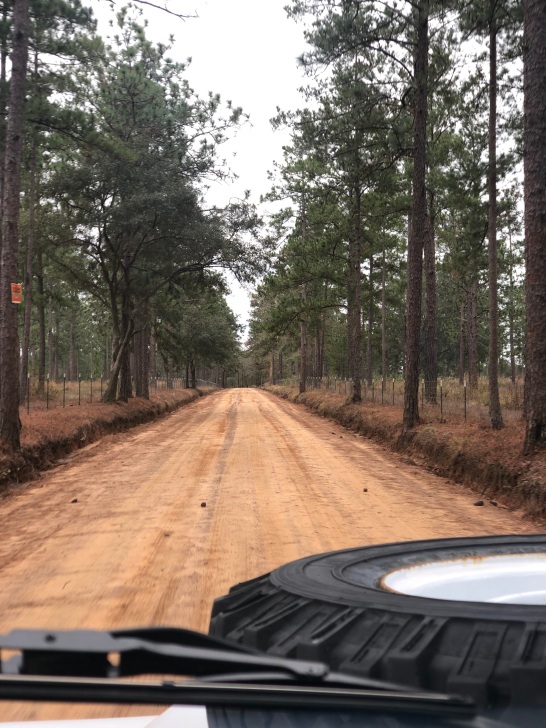